A collaborative mural by Rizeone, Semor, Pout and Locatelli. In this collage Graffiti work near the central station of Antwerp their styles merge into on another. A building facade and a neighboring wall are used, the wall appears to be crumbling down with part of the typography on it. However the paintings were only added after the site landed in its current condition and the artists play a game with ‘time’ here, as they deliberately added a new typography to a broken down wall, appearing to be part of the destruction. Centrally placed, the trade-mark skull of Locatelli is visible, surrounded with diagonally placed paintings of Rizeone, Semor and Pout. There is contrast in the movement, created by the writings, guiding you up, and the building leading towards the destructed wall, guiding you down. 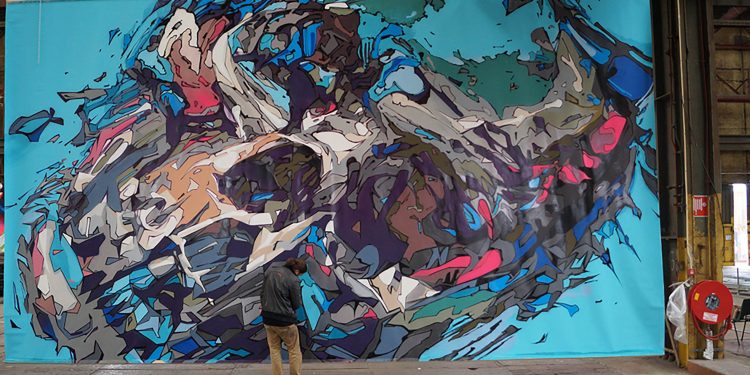 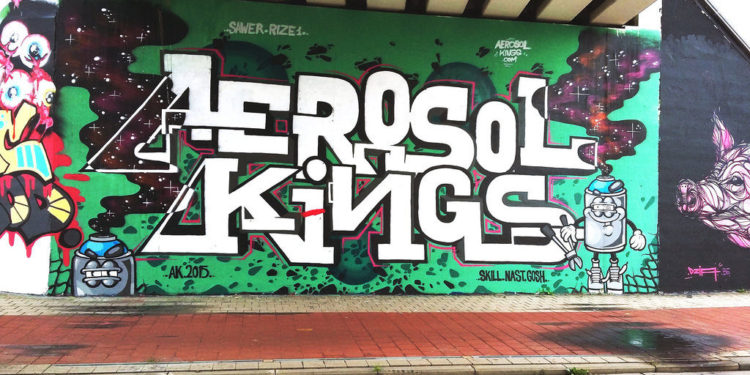 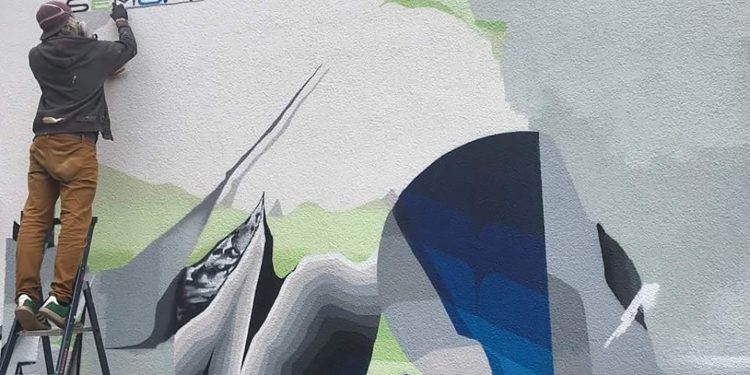