At Brewery De Koninck, in Antwerpen-Berchem three not so little birds are present. These three large hyper realistic pigeons, realized by Super-A are over-present in the street view and are retake of a former wall piece by Super-A in Antwerp which had been removed earlier on, as well depicting pigeons. Now it even expands further around the corner on one of the electricity cabinets. Here a smaller version of the pigeons has been pasted on top of it, as an initiative of the city of Antwerp to decrease vandalism. This bird in particular has been used by Super-A at various occasions and locations in the Netherlands and matches with his subtle humoristic approach, in where he creates a beautiful and colorful version of an everyday kind of element in contrast with his other works which take on the fantastic as their subject matter. The mural by Super-A was commissioned by Brewery De Coninck, after seeing another pigeon painting by the artist applied to a building in ‘Goes’. 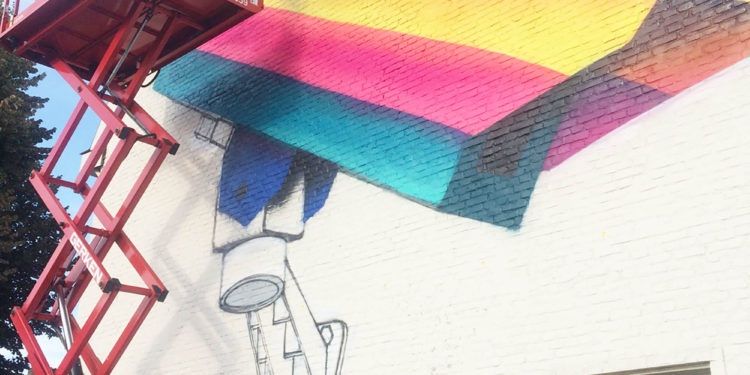