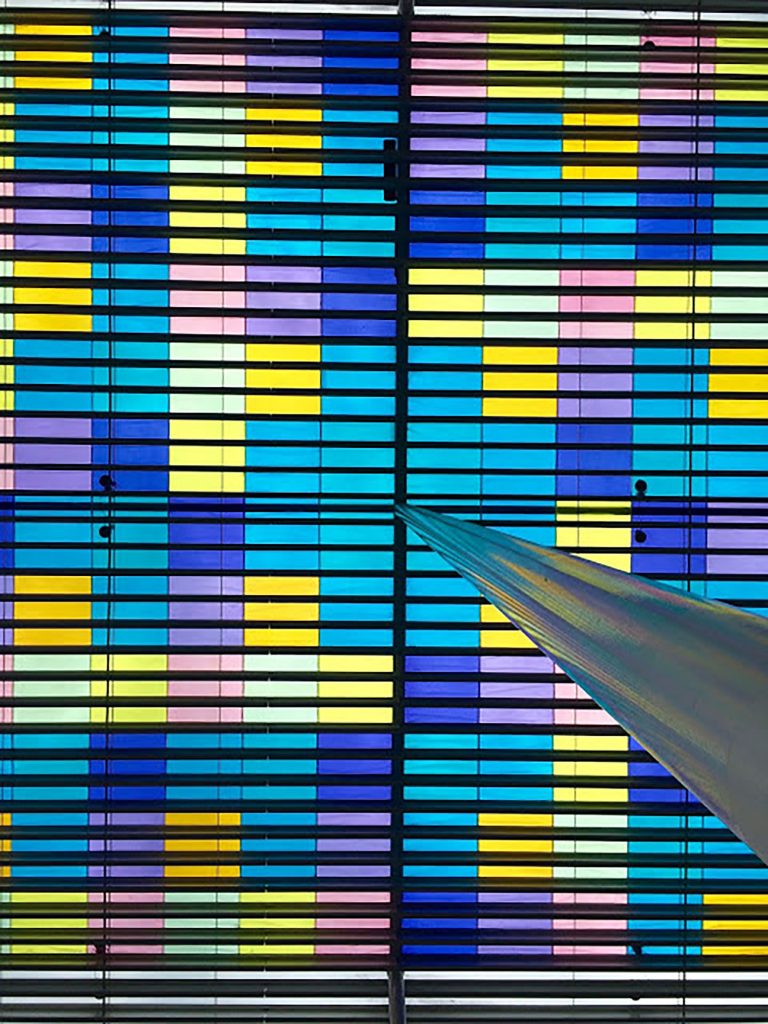 Mainly the three-dimensional works of Guy Rombouts deal with alternative communication systems. As a sample his three letter alphabet can be mentioned. However more importantly was the Azart Alphabat ( Art from A-Z) which he developed in the 80’s. With colors and lines corresponding to different letters he attempts to breach the gap between ‘meaning’ and ‘form’; between ‘text’ and ‘art’. Not only do the works of Guy Rombouts wish to speak to the viewer, they create a tension between what is witnessed and what is encoded. Azart occurs in various ways throughout Rombout’s artistic practice and holds a intriguing playfulness captured within itself. At various points the works of Rombouts left the Gallery space and entered the Public.