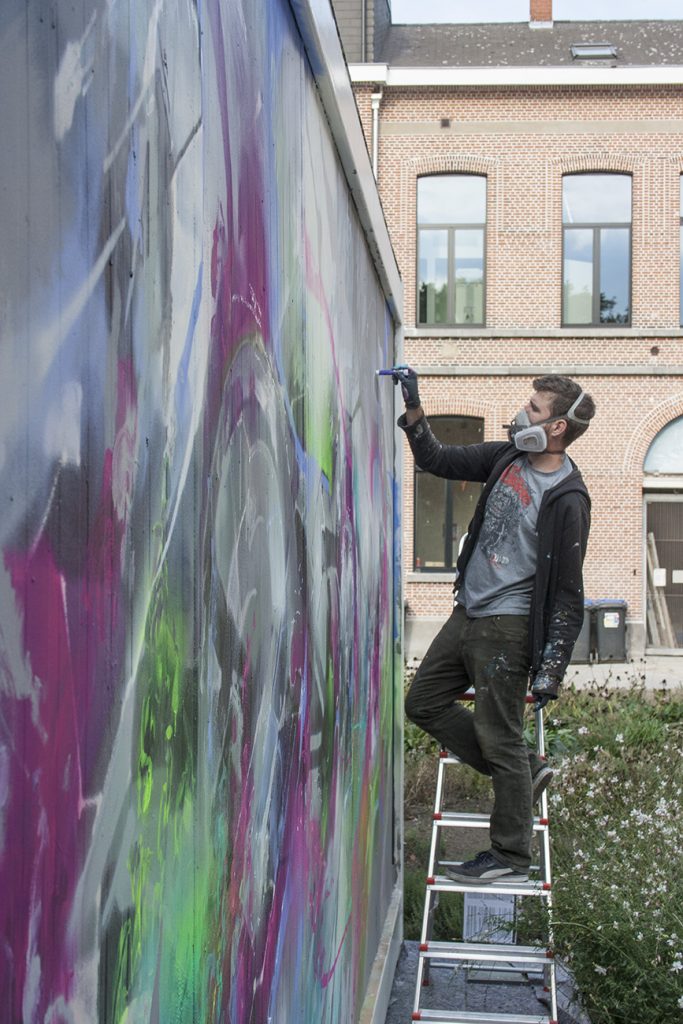 Rhythm, silence, repetition, break, dynamism. A method for creation, as used by Eyes-B. The movements of his lines are ‘composed’ by music, creating abstract structures in which we recognize a fascination for macro photography of organic elements and graphic/digital art. The Brussels-based Eyes-B steps away from his early stylewriting and opts for spontanity in his freestyled works, known for their contrasting colors. As a result by the way he slowly or rapidly builds up his pieces, the composition still feels readable from left to right. Next to his search for balance, he translates highlights from the music into painted highlights. Besides his work as graffiti artist, he contributes as a painter to the comic walls in Brussels and besides his work as a painter he is the editor of Vizion, a Graffiti Magazine which launched its first edition in 2017, focussing on the Belgian contribution to the field. 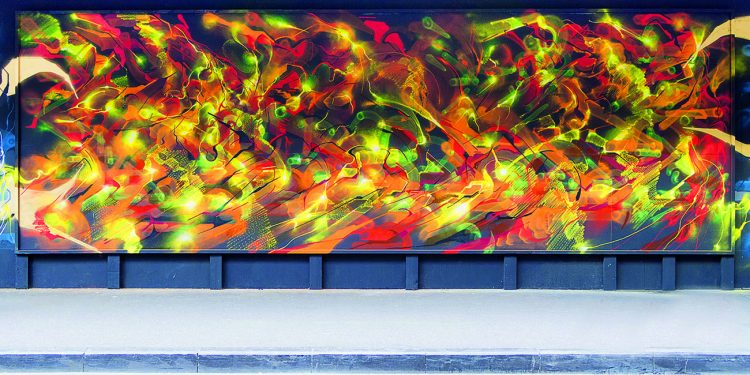 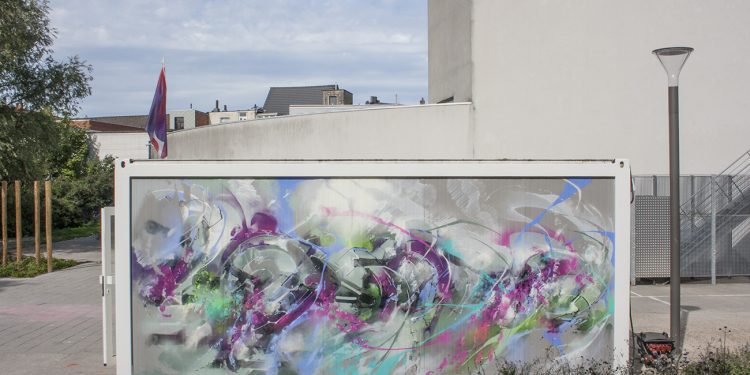 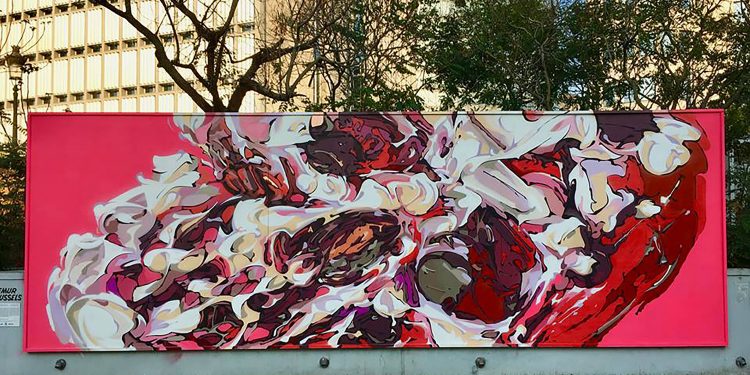 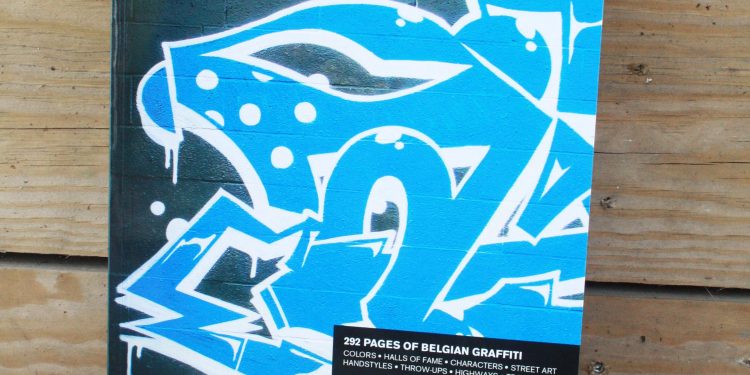