As part of Brazil’s guest appearance at the Frankfurt Book Fair in 2013, Schirn dedicated an exhibition to the diversity of Brazilian graffiti art. In Brazil’s metropolises, street art scenes are distinctive. This movement differs both in content and aesthetics from the American and European street art scene. In addition to the political-social climate, which has had a lasting influence on Brazil, the particular diversity of techniques and styles also contributes to the outstanding role of Brazilian street art in global urban art culture.
The exhibition Street-Art Brazil, which spread from the façade of the Schirn into the urban space of Frankfurt, dared to attempt to depict the diversity of the scene. The exhibition featured figurative and abstract, cheerful and gloomy images – from large-format murals to inconspicuous signs. Numerous artists from São Paulo and other Brazilian cities were invited to design places in Frankfurt. 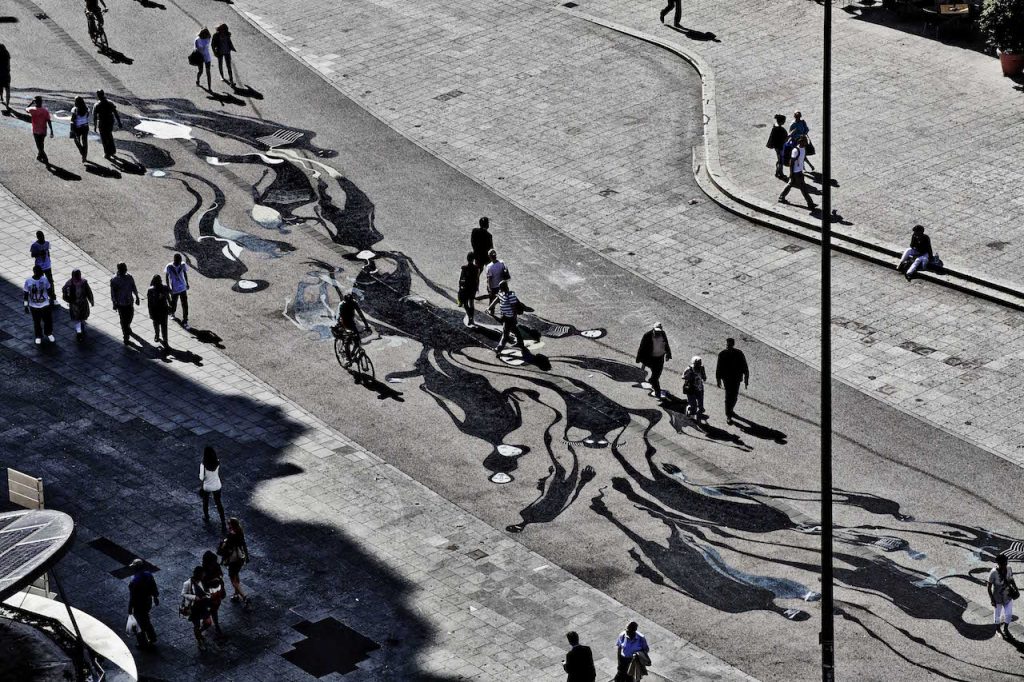